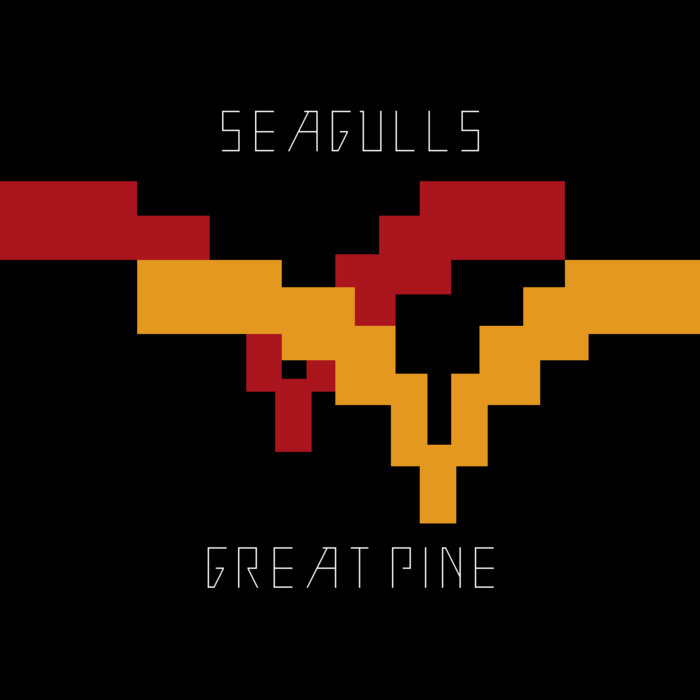 imagine96 mellow incredible creation, many sounds you can pick up through headphone, definitely takes you to a place of calm, child-like open minded thoughts if peacefulness

"It’ll get you right in the feels."
- Miles Raymer, ENTERTAINMENT WEEKLY


"An almost gospel music-like heaven rises out of their flannel-swaddled indie rock."
-CMJ


" Little is known about the band, but the sheer weirdness, indie bravado and innocent perfectionism will only elevate them to levels of underground stardom soon enough. "Simply stunning."
- Ryan Walker, KEMPTATION


"Creating a new and different sound in the age of the internet can be a mammoth task, but Philadelphia rock (/surf/folk/experimental) group Seagulls gracefully do just that."
- Sean O'Leary, INYOURSPEAKERS.com


"With hazy harmonies and a soothing, hypnotic beat, it’s dreamy and folk-inspired, but with a clever bent."
- Loren DiBlasi, IMPOSE MAGAZINE


"Debut albums are not supposed to be this richly textured, this absorbing or this indelible. As sublime and transcendent as a first kiss, Great Pine is an auspicious debut for a band that won’t be Eastern PA’s secret for long."
- Gregory Robson, ABSOLUTEPUNK.net


"It's the type of album that you gradually absorb with its open-air vibe and delicate, lifting harmonies and instrumentation that remain vibrantly layered, somehow toeing the line between nostalgic and fresh with its 8-bit flourishes."
- Michael Colavita, THE DELI MAGAZINE


"Imagine the days as a kid, playing Mario 3 on the NES, in the middle of the woods."
- INKINSTEREO.com


"From start to finish "Old Habits" furthers Seagulls stylistic range showcasing a band that is sure to turn some heads come the release of their debut LP in a few weeks."
- EARMILK.com


"Seagulls is as if Fleet Foxes and Monsters of Folk had a little folksy baby. The songs are rooted in a folk with rich harmonies and smooth conformity."
-Samantha Cressman, XPN's THE KEY

"…something that’s naturally quite nostalgic yet modern — and perhaps more important, a sound that feels focused and yet absolutely unforced."
-JOYOFVIOLENTMOVEMENT


"It’s like wrapping yourself in a warm blanket on an extra cold night."
-EARBUDDY


"The group is onto something special."
-AUSTIN TOWN HALL


Great Pine was recorded mostly over the Summer of 2012 in Derek's cabin named "Woodside," deep in the West Virginian woods.

The song "Old Habits" is featured with much thanks to its creator, Michigan singer/songwriter Jeff Pianki.

Great Pine is available for download in its entirety here for free. It is also available on iTunes and Spotify.